Your passport is a physical manifestation of your identity, but there are some aspects that you do not control. You can’t choose the color of the cover and you cannot select which inspirational quotes are located on the pages of your passport as they are preloaded on each one.

Business Insider explains that passports come in a variety of colors. These include red, blue, green, and black. Contrary to expectations, there is no solid system for categorizing the color of different countries’ passports. The colors are not totally random either.

There is no set color, each country has the option to select their own passport’s color. However, passports are usually blue and red. There is also some variation in hue. Geography, politics, and religion all come into play when selecting the cover, but there are no guidelines dictating the color of a passport.

Anthony Philbin from the International Civil Aviation Organization confirmed that the requirements for the cover of a passport does not stipulate what color it must be.

Boghossian says passport color is a matter of national identity. 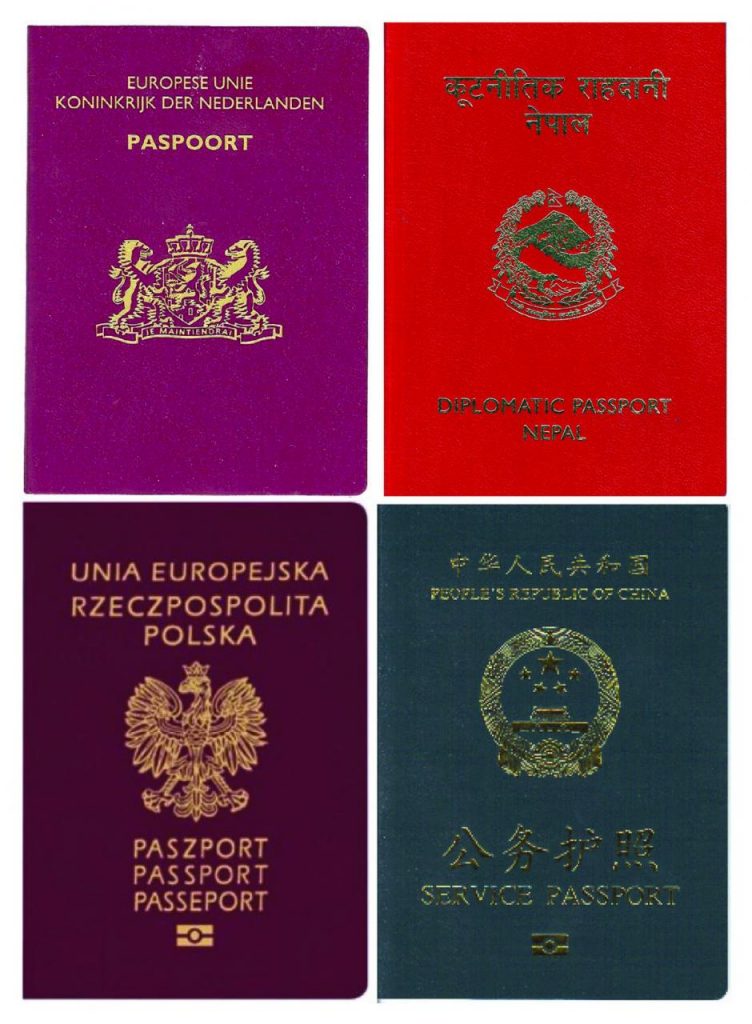 Countries that are members of the European Union, and wish to be members in the future, have burgundy passports. The Economist called this a “branding exercise”–that is, a way to create a distinctive identity that differentiates these countries from the rest of the world. Countries in South America also have burgundy passports – for example, Andean Community of Bolivia, Colombia, Ecuador, Peru and Switzerland.

Business Insider analyzed blue passports from various regions and found that they are typically from the Caricom states. However, in the “New World,” it is common to find other blue passports in Brazil, Argentina, Paraguya, and Uruguay which are part of Mercosur.

The first travel documents in the U.S. were red, and then green, burgundy, and black used.

Green passports are important in Islamic countries. Green is also the color of choice for ECOWAS, an economic community of African nations. Some variation on green are used by Niger and Senegal, just to name a few.

Dark colors such as blue and red, show less dirt and are more formal. Some countries like Botswana, Zambia, and New Zealand use dark colors on their passports as they show less dirt than lighter colors. In New Zealand, black is also one of their national colors.

Passports can represent a lot of things, but color is just one aspect. Ultimately, [passports] belong to people. For some, they are a barrier to other aspects in their lives. To others, it’s an opportunity to grow and learn more about themselves.

Boghossian said that countries have the freedom to choose the design of their passport, but few of them take this choice seriously.

Boghossian cited an example of how Norway used their new passport designs to define the country, which included colors such as vibrant and hip.

The U.S. passport cover is about to get a makeover, but we don’t know what it will look like. The country has changed its passport cover many times in the past.

We ship to over 200 countries

24/7 Protected from clicks to delivery

⭐️ Due to the impact of Covid-19 and Chinese Lunar New Year to our factory, from January 10 to 25, please expect some delay in the order processing. Dismiss